fugitive joseph conforte turns himself in

A week before Joseph Conforte fled the United States in December 1980, he called U.S. Attorney Geoffrey Anderson in Las Vegas and offered Judge Harry Claiborne’s “head on a silver platter” for a deal to avoid prison. Joe said he would call again but did not. Instead, he skipped over the border into Mexico and went onto Brazil, avoiding five years in prison by doing so.

Roughly six months after turning fugitive, Joseph Conforte made overtures to the FBI about his bribery of Judge Claiborne.

A series of meetings took place between Conforte and agents of the IRS, FBI, and the Department of Justice-Public Integrity Section: twice in Rio de Janeiro, once in San Juan, Costa Rica, and once in Acapulco.

Joe had filed a writ of certiorari with the U.S. Supreme Court to contest the ruling of the U.S. Tax Court and was denied on January 12, 1983, setting a legal precedent on limits to a fugitive’s rights—a case oft-cited in courtrooms across the country. Joe had seemingly lost, but in a twist of fate, after his writ was denied he became the Justice Department’s star witness to nail Judge Harry Claiborne.

A plea bargain agreement was reached that offered Conforte a reduced sentence and immunity for acts of bribery of a federal judge in exchange for his sworn testimony.

On December 4, 1983, Joe flew from Rio de Janeiro to Miami and was arrested by federal authorities. He next flew to Washington D.C., where a judge lowered his five-year sentence to fifteen months. Joe then flew to Reno, Nevada.

Joe testified before the Reno federal grand jury on December 7th about giving two cash bribes to Claiborne: $30,000 to stall the voter fraud probe, and $55,000 to influence Joe’s tax evasion conviction or sentence. Joe was shipped to federal prison in San Diego from there.

Judge Claiborne was subsequently charged with bribery, filing false income tax returns, and making false statements to the Judicial Ethics Committee based on Conforte’s assertions and other evidence in a seven-count indictment.

“I have never taken an illegal penny on the judicial bench,” Claiborne said of the charges.

At Harry Claiborne’s trial, in March 1984, Conforte again testified, but unlike a grand jury, which is merely the prosecution’s side, here Claiborne was able to defend himself. Claiborne swore his innocence during his testimony. He successfully refuted the date and location of the first bribe Conforte alleged to have made. He denied most of Conforte’s details of the second alleged bribe. At the end of the day, both bribe claims were Joe’s word against Harry’s, and Joe was a tax-evading pimp behind bars who had a lot to gain from implicating the federal judge. The trial of the Honorable Harry Eugene Claiborne ended in a mistrial.

The taxes that Joe and Sally owed the IRS amounted to $25 million. In what some people felt was a major coup, though more likely the result of extensive litigation and reassessments, the IRS shaved nearly $17 million off that—a sixty-eight percent reduction.

Joseph Conforte was released from federal prison on December 10, 1984, having served twelve months of his fifteen-month sentence of what was originally a twenty-year sentence. It was his birthday. He was fifty-nine.

Judge Claiborne was retried sans the bribery charges and was convicted of tax evasion. He was subsequently jailed and impeached. He was the first federal judge to be jailed and the second to be impeached in U.S. history. 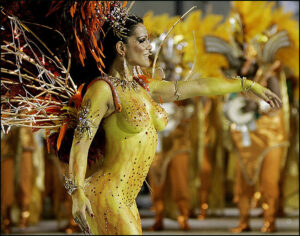