According to Joseph Conforte, Rio de Janeiro is “paradise on earth”. He started visiting Rio de Janeiro in 1972 on a vacation and loved it so much he eventually bought a two-story penthouse with a rooftop hot tub in São Conrado, a tony beach side enclave.

São Conrado is near to a golf course and the Fashion Mall. There is a walking strand along the shore with restaurants and shops, and paragliders that fly overhead.

He has a hidden business interest in a restaurant and a brothel. And he’s the majority shareholder of the Brazilian-based A.G.E. Corporation.

He became a permanent resident of Brazil in 1991, years before the Feds realized that he and Sally had swindled them. The intrepid work of IRS Special Investigator Kemp Shiffer exposed the ruse, resulting in the 1995 indictments of Conforte and his attorney, Peter Perry, and warrants for their arrest. Sally died in 1992.

“On the withholding tax beef they could never bring me back, because Brazil doesn’t have those same laws.” ~Joe Conforte

In an advertisement Conforte placed in the Reno Gazette-Journal, he said: “I will be coming home at the proper time and when my doctors will allow me to travel and will meet all my obligations. I want to die on the country that I love. I want to be placed next to my wife and departed father… And if I don’t make it home by Christmas, there will still be a thousand turkeys given to the needy.” Sincerely, Joseph Conforte, 4 December 1996

In 1998, the Justice Department filed superseding indictments in the Conforte-Perry case that added the A.G.E. Corporation, its foreign shareholders, and two Mustang Ranch employees complicit in laundering money for Conforte and either delivering it or sending it to him. Peter Perry and the Mustang employees were arrested. Interpol flagged Conforte for arrest.

In August 1999, the Mustang Ranches were seized and closed by the Feds. In December 2002, the IRS auctioned off all brothel items, and also buildings and parcels of Conforte-owned real estate.

During this period, between 1996 and 1999, Joe skipped around Central and South America and spent several months in Cuba. When he eventually returned to Brazil, he was arrested but was then quickly released. The Brazilian Supreme Court had ruled that Conforte could not be extradited.

“The man stayed a step ahead of us the entire time. I worked that case for thirteen years…” ~Kemp Shiffer

Conforte was a free man once again, and one of the big fish to the U.S. Justice Dept who got away with his major crimes. 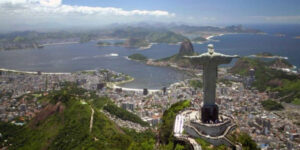 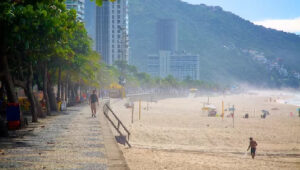 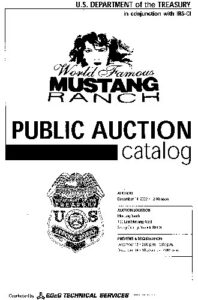